Urgent Action Needed to Save the Lives of Political Prisoners 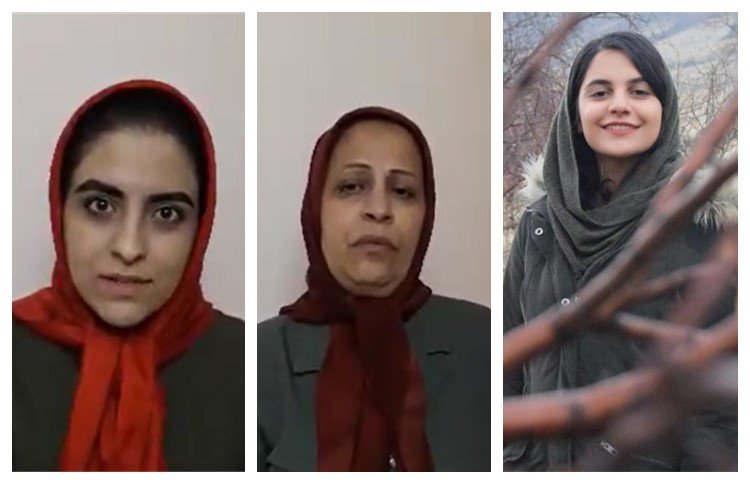 The Women’s Committee of the National Council of Resistance of Iran (NCRI) has called for urgent action to save the lives of three female political prisoners in Qarchak Prison, following a reliable report that they will be killed soon.

The August 31 report says that Qarchak Prison Warden Mehdi Mohammadi and his deputy Mrs. Mirzaii have paid prisoners convicted of dangerous crimes to attack and murder Zahra Safaei, her daughter Parastoo Mo’ini, and Forough Taghipour, under the guise of a fight, which will throw off the suspicion of deliberate murder.

The report quoted a Qarchak Prison inmate, who said: “The prison’s chief has hired us to beat these prisoners and get into fights with them. But we do not know why we must do so? These three women are very nice and calm, and they have not hurt anyone.”

The report explained that Safaei, Mo’ini, and Taghipour were told by Mohammadi not to talk to the other inmates for fear that they would convert people into supporting the People’s Mojahedin Organization of Iran (PMOI/MEK) and that the trio often has to go to the workshop to avoid threats and attacks from those hired by Mohammadi.

Safaei told Qarchak Prison authorities: “We do not have any security here. We do not feel secure at nights in the room and not even when we intend to go to the bathrooms complex.”

The trio was arrested on February 24 and taken to Ward 209 of Evin Prison, otherwise known as the Ministry of Intelligence Detention Centre, before being banished to Qarchak Prison in April.

Safaei was previously a political prisoner from 1981 to 1989 and was arrested again in 2006 before being banished to Qazvin Prison in 2009. Her father was executed in 1982 for supporting the MEK.

On June 3, Safaei was threatened with violence and death by several inmates hired by the Intelligence Ministry. She was then attacked on August 27 by two dangerous criminals, who were sent into her room and struck her on the head and face, before other inmates stopped them.

The women who attacked her were Zeinab Ghanbarnejad, 44, and Narges Amir Ali, 42, who are both from Tehran and are convicted of theft and drug use.

It is clear that Safaei, Mo’ini, and Taghipour are in danger. The regime is infamous for using dangerous criminals to murder political prisoners, which is what happened to protester Alireza Shir Mohammad Ali, 21, on June 10, 2019.