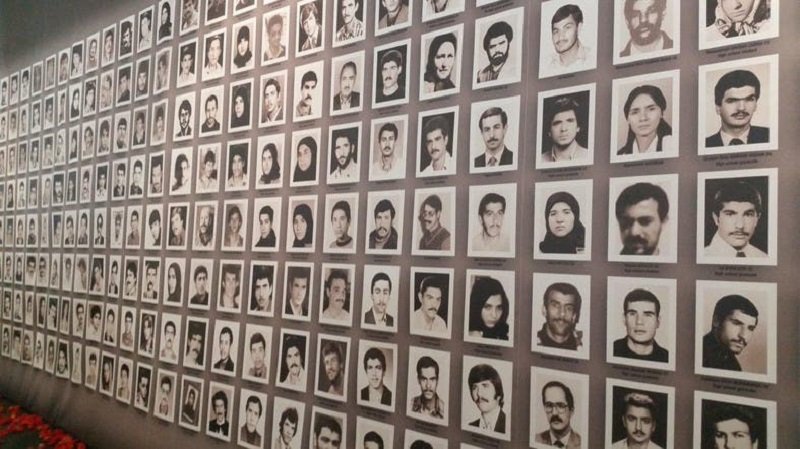 The organization urged states taking part in Iran’s Universal Periodic Review (UPR) to denounce the widespread human rights violations and make concrete recommendations for the Iranian authorities to address them.

“From horrific execution rates, to the relentless persecution of human rights defenders, rampant discrimination against women and minorities, and ongoing crimes against humanity, the catalogue of appalling violations recorded in Iran reveals a sharp deterioration in its human rights record,” said Philip Luther, Research and Advocacy Director for the Middle East and North Africa at Amnesty International.

“It is also an opportunity for states to place increased attention on the ongoing enforced disappearance of thousands of political dissidents over the past three decades, a crime against humanity which has been overlooked for far too long by the international community.”

Since Iran’s human rights record was last reviewed in 2014, the level of repression by the authorities has risen significantly, Amnesty International pointed out.

Thousands of people have been rounded up for expressing their views or taking part in peaceful demonstrations and a vindictive crackdown has been launched against human rights defenders, including activists campaigning against forced veiling laws, in order to destroy the last vestiges of Iran’s civil society.

The authorities have further eroded fair trial rights and have executed more than 2,500 people, including juvenile offenders, in blatant violation of international law, Amnesty International said.

In a submission to the UN Human Rights Council ahead of the session, Amnesty International concluded that Iran’s regime is “failing on all fronts” when it comes to human rights.

The organization said Iran’s regime must lift restrictions on the rights to freedom of expression, association and peaceful assembly, end discrimination against women and minorities, impose an immediate moratorium on the use of the death penalty, and end torture and other ill-treatment, unfair trials and ongoing crimes against humanity.

During its last review session, Iran accepted just 130 out of the 291 recommendations it received from other states. Amnesty International’s analysis indicates that the Iranian authorities have failed to deliver on the majority of those promises.

Iran rejected calls during its last UPR to protect the rights of human rights defenders, stop their harassment and release those imprisoned for peacefully exercising their rights to freedom of expression, association and assembly, Amnesty International pointed out.

“Instead of strengthening co-operation with civil society and human rights organizations, as Iran had pledged to do, the authorities have instead further undermined these rights, intensifying their crackdown on dissent,” said Philip Luther.

Some of those jailed have been given shockingly harsh prison sentences, in some cases lasting several decades.

Amnesty International pointed out that the authorities in Iran have a dreadful record of flouting prisoners’ right to health, deliberately denying medical care to prisoners of conscience, often as punishment, amounting to torture and other ill-treatment. Human rights defender Arash Sadeghi continues to be tortured through the denial of cancer treatment.

Meanwhile, in a relentless execution spree, more than 2,500 people have been put to death since Iran’s last UPR session, including at least 17 who were under 18 at the time of the crime, in flagrant violation of international law, the human rights group added.

The Iranian authorities also continue to commit the ongoing crime against humanity of enforced disappearance by systematically concealing the fate or whereabouts of several thousand imprisoned political dissidents who were forcibly disappeared and extrajudicially executed in secret between July and September 1988, Amnesty International pointed out.