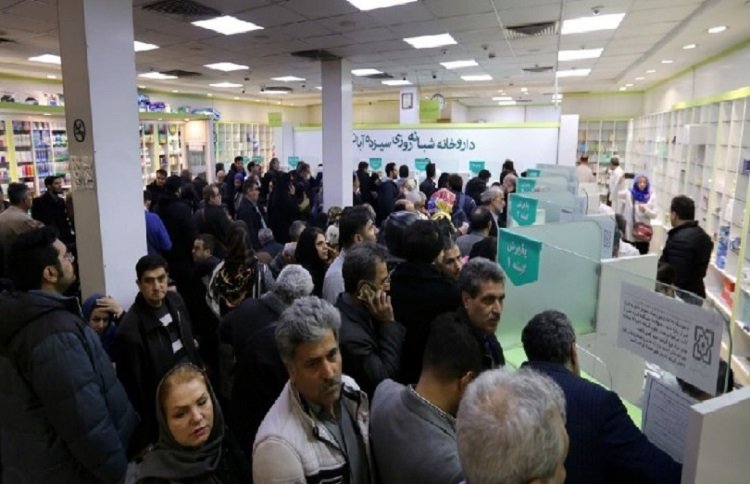 Despite the huge outbreak of coronavirus in Iran, many of disinfectant items are scarce or sold at several times the cost
Officials claim they are doing their best, however, signals reject
Face masks, disinfectant fluid, gloves, and other recommended items are scarce in Tehran
However, the government provided special kits for officials like the government-linked ayatollahs and MPs
The outbreak of coronavirus in Tehran has greatly affected pharmacies and ordinary people are recommended to use several devices for prevention. However, many of the recommended items like filtering face masks, disinfectants, medical gloves, and alcohol have been scarce in the Iranian capital. In this respect, a government-linked journalist had a visit from eight Pharmacies across the city and reported what he saw in the state-run website namehnews.com.

Publication of this report by a state-run media shows the depth of the government’s incompetence in confronting the virus. Notably, the report has been published while highest officials such as President Hassan Rouhani, the minister of health and medical education Saeed Namaki acknowledged that they are doing their best for “defeating coronavirus!”

However, it is unclear how they make their best effort while most people are deprived of the necessary items for restricting the deadly virus? Furthermore, popular reports and photos provided on social media display that the government provided special kits for the ayatollahs, members of the parliament [Majles], while many ordinary citizens struggle to be alive. Authorities also transferred many mullahs to safe and disinfectant places, which put the health of local residents of those areas such as Zahedan, southeastern Iran, at risk.

It is worth reminding you that namehnews.com notified that these reports will continue