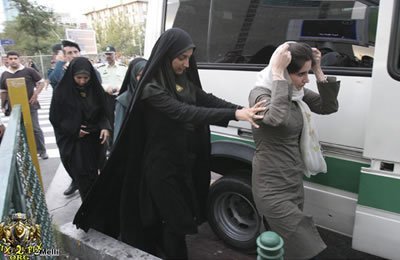 Iran is one of only six countries that have not signed the United Nations Convention on the Elimination of All Forms of Discrimination Against Women and women living there are denied even the most basic rights over their bodies, relationships, children, education, and employment.

Meanwhile, men are allowed to beat and even kill their wives and children, which means that violence against women is not only prevalent but also sanctioned by law.

Let’s look at just some of the so-called honor killings, which account for 50 percent of homicides, that occurred since February because of the misogynistic policies of the ayatollahs and the laws that allow men to kill women with impunity.
February 2020

Kowsar Gol Soghanloo, 15, was set on fire by her husband
March 2020

Hadith, 11, was strangled to death by her father after he realized that he would not receive a harsh punishment for murdering her
May 2020

Hajareh Hussein Bor, 20, was murdered by her husband after repeatedly complaining of domestic violence
Romina Ashrafi, 13, was beheaded with a sickle by her father, even after telling a judge that he was abusing her
Sarina Ghafouri, 25, was killed by her brother who wanted to stop her from remarrying
June 2020