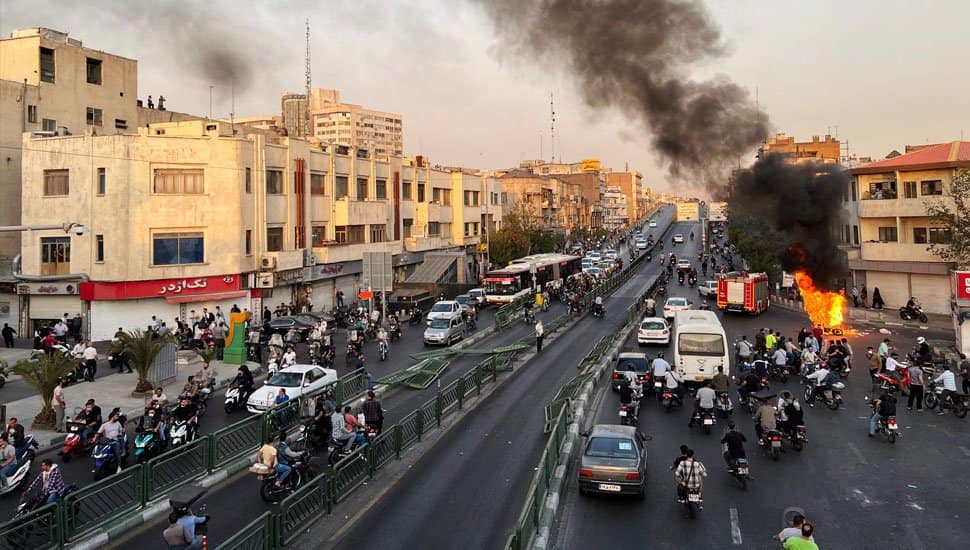 Iran’s nationwide uprising is marking its 63rd day on Thursday as people from all walks of life are continuing their protests through strikes, rallies and gatherings, and attacks against the mullahs’ regime in its entirety.

Protests in Iran have to this day expanded to at least 227 cities. Over 560 people have been killed and more than 30,000 are arrested by the regime’s forces, according to sources of Iranian opposition People’s Mojahedin Organization of Iran (PMOI/MEK). The names of 427 killed protesters have been published by the PMOI/MEK. Reports indicate the regime’s security forces killed at least ten protesters on Tuesday, November 15.

As the regime’s security force apparatus is escalating its deadly crackdown against the Iranian people, protesters are taking their measures to the next level by continuously targeting offices of local representatives of regime Supreme Leader Ali Khamenei, sites of the Revolutionary Guards (IRGC) and the paramilitary Basij, attacking security units and forcing them to flee while torching their vehicles and motorcycles. Security buildings in many cities across the country, especially in Kurdish regions, have fallen into the locals’ hands.
Initial reports on Thursday indicate merchants continuing their strikes for a third consecutive day in Tehran and at least 15 other cities. The famous bazaars of Tehran, Isfahan, and Tabriz are all on strike. Other cities where strikes have been reported include Ilam, Rask, Surak, Qazvin, Bandar Abbas, Gorgan, Kamyaran, Marivan, Javanrud, Ravansar, and Khorramabad.