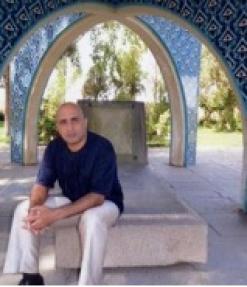 Facing growing dissent and protests within Iran, the regime has resorted to a bloody campaign of executions and repression to incite fear in the population. Iran is second only to China in the number of executions, and leads the world in executions per capita. Many of these executions are carried out in public, so as to create a climate of terror and deter popular protests against the regime.

The case of Iranian blogger, Sattar Beheshti is particularly shocking, as he was arrested for his online activism, and died 4 days while under severe torture. Sattar Beheshti’s story is but one of many involving Iranians who seek freedom and are killed at the hands of the regime.

Many political prisoners in Iran are sentenced to death in show trials which lack due process or transparency. Some activists are arrested and charged with drug trafficking or other crimes which carry automatic death sentences, while avoiding the political nature of their case. As a result of the regimes censorship it is often impossible to verify the exact number of executions in Iran, and many fear the real numbers are much higher than those reported. The following is just a small sample of the regimes terror against the people of Iran: 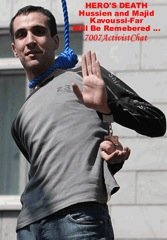 The Geneva-based United Nations Human Rights Council took a stand against Iran, stating “We have repeatedly urged Iran to halt executions,” they said. “We regret, however, that instead of heeding our calls, the Iranian authorities have stepped up the use of the death penalty.”

The UN Special Rapporteur on Human Rights in Iran, Ahmad Shaheed has also protest Iran’s appalling execution rate. Allegations contained in this report paint a disturbing picture of a government that seriously struggles to comply with its international and national obligations,” Shaheed told a meeting with diplomats, journalists and experts. “The concerns remain unabated — if anything, they are growing,”

As the pressure mounts on the Iranian regime, it will surely resort to even more barbaric and cruel methods of torture and execution in order to suppress dissent. It is crucial that the international community not abandon the people of Iran in their quest for freedom against such a bloodthirsty regime. The crimes of the Iranian regime must be exposed, and its victims must not be forgotten.