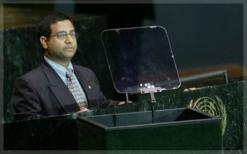 The recent trip to Tehran by a number of die-hard appeasers of the Iranian regime in the European Parliament on the heels of the hanging en masse of 10 prisoners under bogus charges has outraged human rights advocates, parliamentarians and the public at large.

In a letter to the the European Parliament Parliament President Martin Schultz, two U.S. Senators, Jeanne Shaheen (D-NH) and Ben Cardin (D-MD), wrote, “Sending a delegation to Iran for a seven-day visit sends the wrong message.”

In voicing strong opposition to this visit, they wrote that Iran’s non-compliance with UN Security Council resolutions calling for the suspension of Iran’s nuclear enrichment program, its nefarious “interference” inside Syria, its support for “terrorist activities around the globe” and its “abysmal” human rights record would make any trip to Tehran “ill-advised” and undermine U.S. efforts to work with the European Parliament to present a “united front” on Iran.

Growing more vulnerable in the face of rising popular discontent, a crumbling economy, deepening factional feuding and increasing international isolation, Iranian authorities have embarked on an unprecedented execution spree to keep their fragile grip on power.

“Iran – which is second only to China in the number of executions carried out annually – is believed to have put to death at least 368 people so far this year, including 136 executions that have not been formally announced,” according to the Human Rights Advocacy Group, Amnesty International, on October 22.

In his latest report on the situation of human right in Iran, Ahmed Shaheed, the U.N. Special Rapporteur on Human Rights in Iran, told the Third Committee of the U.N. General Assembly this week that the rights situation in Iran remains critical, especially as it pertains to human rights defenders, journalists, and religious and ethnic minorities.

At least 40 Iranian journalists as well as human rights defenders like Abdolfattah Soltani, Mohammad Ali Dadkhah, and Mohammad Seifzadeh, have been imprisoned in Iran. In his report, Shaheed noted that at least 32 lawyers have been prosecuted in Iran since 2009, and that at least nine attorneys are currently imprisoned.