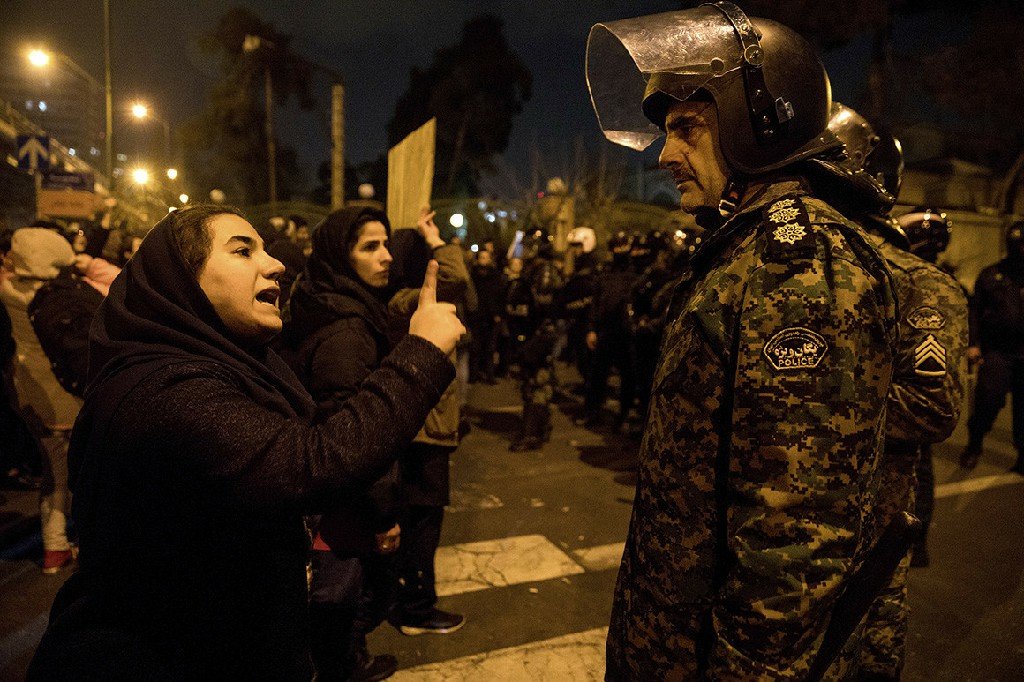 On the third anniversary of the nationwide protests of December 2017 and January 2018, Amnesty International renews
its calls for justice for the dozens of protesters, including children, who were killed by Iran’s security forces across the
country, and their bereaved families. The organization also stands in solidarity with those seeking truth and accountability
for the thousands of protesters who were arbitrarily detained, those who suffered torture or other ill-treatment in detention,
those who died in custody in suspicious circumstances and those who were subsequently sentenced to death or executed
following grossly unfair trials.
Three years on from the deadly crackdown, the Iranian authorities have refused to open even a single criminal
investigation into the litany of crimes and human rights violations committed by Iran’s security forces both during the
protests and in their aftermath, including unlawful killings, enforced disappearances, torture and other ill-treatment, and
grossly unfair trials leading to the execution of at least one protester and death sentences for several others.
Instead, consistent with longstanding patterns of state cover-up and denial, the authorities have subjected victims’
families to intimidation and harassment to prevent them from speaking out. They have also issued false statements and
propaganda videos to deny or distort the truth about the extensive unlawful use of live ammunition by security forces
against protesters who did not pose an imminent threat of death or serious injury, and to falsely attribute responsibility for
the protest killings to armed “rioters” working for the “enemies” of the Islamic Republic of Iran.
The spokesperson of the judiciary stated on 14 January 2018 that 25 individuals had been killed during the protests, but
the organization believes that the real number may be higher.
The prevailing impunity afforded to the security forces and the muted response of the international community has only
emboldened the Iranian authorities to escalate their unlawful use of lethal force in the subsequent mass protests of
November 2019, resulting in hundreds of deaths.
The aftermath of the deadly crackdown of December 2017 and January 2018 also involved an increasing use of the death
penalty as a weapon of political repression. At least one protester, Mostafa Salehi, was executed in August 2020 in
connection with the protests and five others remain at risk of execution including Mohammad Bastami, Mehdi Salehi,
Hadi Kiani, Abbas Mohammadi and Majid Nazari. In an unprecedented development in recent decades, the authorities
also executed dissident journalist Rouhollah Zam in December 2020 in connection with his popular news channel
AmadNews, which they blamed for stirring up the protests of December 2017 and January 2018.
The authorities’ cycle of bloodshed in Iran must not be allowed to continue.
It falls on the international community to pressure the Iranian authorities to stop the recurrent pattern of using lethal force
to crush protests, including by the UN Human Rights Council establishing an independent international investigation into
the protests of November 2019 when the crackdown reached an unprecedented level since the 1980s.
BACKGROUND
Between late December 2017 and mid-January 2018, thousands of people in over 100 cities across Iran took to the
streets to speak out against poverty, corruption, political repression and authoritarianism. At the time, Iran had not seen
protests on this scale since those which followed the disputed presidential election of 2009.