Since the start of the 2012 calendar year, the Iranian regime has begun a barbaric campaign of brutality against its own population. For a short period in early 2012 the regime was executing 1 prisoner every 4 hours.  At least 100 prisoners were hanged in three weeks (from October 22 to November 14, 2012), many in public places to terrorize the public. Several thousand on are death row, according to judiciary officials.

Ironically, the record pace of executions undertaken by the regime lays bare its desperation in the face of rising domestic discontent, growing international isolation, a faltering economy and escalating factional feuding.

The regime has used an assortment of charges against such prisoners, in order to try to legitimize the mass killings. The charges against each individual range from terrorism, espionage, drug trafficking, enmity with God, rape, and so on.  Each of the prisoners has gone through a judicial system that offers no fairness, transparency, or due process. As a result, differentiating between ordinary criminals (if there are any at all) and opponents of the regime can be very difficult.  Many prisoners face trumped up charges despite committing purely political offenses. 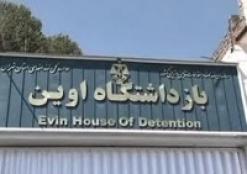 The mullahs have also employed various tactics to carry out domestic crackdown. Prisoners who require medical attention in order to survive, are purposefully neglected, and therefore die without being added to the list of formally executed individuals.  This tactic masks the true intent of the regime to the outside world, but ensures that the terror will be felt at home.  Hassan Nahid and Mohsen Dokmechi are two examples of political prisoners who died due to the regime’s deliberate medical negligence.

Other prisoners have been tortured to death while in custody, including Sattar Beheshti, the 35-year-old dissident blogger, and Jamil Soveidi, a 45-year-old factory worker from the southwestern city of Ahwaz,

Underlying these various acts of brutality is the implementation of a conscious policy designed to instill terror in the hearts and minds of Iranians.  On the one hand, the regime faces ever growing isolation due to its nuclear program.  On the other, the Arab Spring has engulfed the region in popular uprising and the instability in Syria is hitting too close to home for the Iranian Regime’s comfort.

The mullahs know all too well that its days are numbered.  Since the protests in 2009, the regime understands the potential within the population for an explosive uprising and fears that at any moment a spark could set off another round of protests.  There’s no doubt that it will resort to the most barbaric forms of repression in order to prolong its grip on power.  However, despite the bloodbath, the regime is clearly on its last limb and will not likely be able to continue to drown its problems in the blood of its citizens.

What remains is a show of resolve by the international community to hold the mullahs to account for their murderous ways and empower the Iranian people in their quest for freedom, instead of continuing to placate the murderous gang in power.