Current Situation In Camp Liberty Cause For Alarm 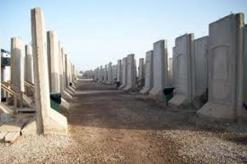 Roughly 3,200 residents of Camp Ashraf have relocated to Camp Liberty, a former U.S. military base near Baghdad International Airport. The relocation, which began in Februar,y 2012, was part of a plan initiated by the United Nations and supported by the U.S. Government.

Initially, under a Memorandum of Understanding signed between the United Nations Secretary General’s Special Representative on Iraq, Martin Kobler, and the Iraqi government’s National Security Advisor, Camp Liberty was described as a Temporary Transit Location (TTL), where the residents would quickly undergo identity verification and refugee status determination (RSD) and resettled in third countries in a matter of a few months.

Since then, the United Nations Refugee Agency, UNHCR, has continued its RSD process, but at a very slow pace.  To date, some 2,000 residents have been registered and about 1,100 have been interviewed, but no one has yet been resettled through the UNHCR. Only a handful of people have been notified that they have been accepted but even in their case it would be a few months before they are resettled.

Indeed, contrary to earlier assurances by the SRSG Ambassador Kobler, it will take anywhere from three to 10 years before any sizable number of the residents would be relocated in third countries.

Against this backdrop, there is increasing concern over the safety and security of the residents in Camp Liberty. While the residents are doing their best to improve the living conditions in the Camp and turn it into a habitable place, they are confronting two major problems: first, the Iraqi Government has been stepping up restrictions on entry of goods into the Camp and second, it is engaging in greater provocation to justice: the use of violence against the residents in the weeks and months ahead.

It is incumbent upon all parties concerned, particularly the UN and the U.S. to impress upon the Iraqi Government to refrain from imposing further restrictions on entry of goods and needed essentials into Camp Liberty and to end its provocative actions.

In addition, the UNHCR must be urged and given the resources to expedite the RSD process and to take a more engaged and active posture vis-à-vis this humanitarian issue. Since it has already declared the residents of Liberty as “asylum-seekers” and “people of concern,” the UNHCR must work in tandem with the international community and designate Camp Liberty as a refugee camp in order to secure the rights and liberties bestowed upon all refugees, including the right to freedom of movement and visitation by  lawyers and family members.