We have received the following statement by Congressman Dana Rohrabacher, Chairman of the House Foreign Affairs Subcommittee on Oversight and Investigations. about Camp Liberty. 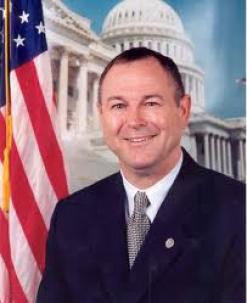 “During the lead up to the planned transfer of the Camp Ashraf residents, I was repeatedly assured that officials from the US Embassy in Baghdad would frequently visit Camp Liberty to ensure the residents’ safety and well being,” writes Rohrabacher. “A month gap between visits is entirely unacceptable. America’s credibility has been and is currently being tarnished by our failure to safeguard a group of civilians who we disarmed and left at the mercy of the Iranian regime and its allies in Baghdad.” 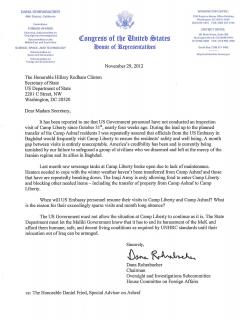 Since the US military left Camp Liberty, the camp was looted and its infrastructure has not been maintained. The Iraqi military has limited the type of supplies that may enter the camp, the sewage system is now broken and leaking and heating units needed for the winter months are breaking down.

“The US Government must not allow the situation at Camp Liberty to continue as it is,” the letter states.  “The State Department must let the Maliki Government know that it has to end its harassment of the MeK and afford them humane, safe, and decent living conditions as required by UNHRC standards until their relocation out of Iraq can be arranged.